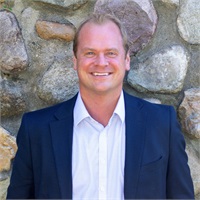 Mitch has been working closely with his clients for nearly 20 years in the financial services industry customizing individualized retirement plans.  Mitch earned his bachelor’s degree from Western Michigan University in December 2002 and started his career as a financial adviser with Edward Jones in February 2003.

In July of 2003 Mitch was called to serve his country in Operation Iraqi Freedom until January 2005.  While he was deployed, he was stationed in Tikrit and Mosul Iraq escorting military and civilian convoys throughout country.

Since returning home from his deployment Mitch has been working with individuals, families, and small business owners and assisting them with pursuing their financial goals.  Mitch Joined Kuipers Advisors as a Partner in 2016 and has earned his CFP®and AIF®designations since joining the Kuipers team.

Mitch lives in Kalamazoo with his wife Katie and his three children and they enjoy spending time outdoors camping, kayaking, fishing, golfing, hiking, and downhill skiing.